Jamie and I have been watching the tv show This Is Us together for quite some time now (We are behind so please no spoilers). Throughout the entire series, I have been enamored by Jack Pearson. I know he’s just a tv show character, but I see in this character a father and husband worth emulating. He was encouraging, supportive, patient, compassionate, and loving towards his children and his wife (most of the time).

Again, Jack is just a tv show character, and there is no Christian witness in his life. But there is a wonderful scene where he shows the passion he has for his children and wife. He gets in a small squabble with his wife and his friend Miguel takes him to a golf course to play a round. Miguel and his friends start telling Jack how he will come to love golf because it’s four hours away from his wife and kids, and he’d be able to escape his wife specifically. 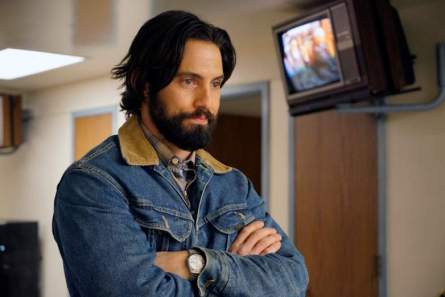 “I don’t want to escape her,” Jack says. “I want to freeze time so that I can get a little bit more.”

Boom. The looks on the other men’s faces was classic in that scene.

Here’s the absolutely heartbreaking thing to me. I have been involved in a men’s Bible study in the past where the attitudes of the Christian men in the room were just that. They didn’t explicitly come out and say they just wanted to escape their wives and kids, but there were plenty of ‘ball and chain’ type jokes and there is truly a hint of truth in every joke. It was full of past high school sports stories as they relived their glory days, and ways that we were being called to live as godly men in the public sphere, standing up courageously for Christ. But jokes abounded about wives, and even some kids.

I SHOULD SEEK TO BE A GODLY MAN IN MY PRIVATE FAMILY LIFE FAR MORE THAN I DO IN THE PUBLIC SPHERE. Sorry, I get a little ranty when I talk about this type of thing. I’m sick of seeing men like myself seeking public praise for their godly character while treating their private family and loved ones with ungodly character.

Here’s the thing about men. We have a yearning for praise of other men, we have a yearning for glory. We watch movies like Gladiator, Braveheart, and Black Hawk Down and we want that courageous story. So if we have to stand up for Christ in the public square, we will do it? But lay down our lives for our wives? Nah. Love, encourage, support, and spend time with our children instead of neglecting them for ‘ministry’? Nah.

I hate my tendency to do just that.

Three verses, two passages, one call to be a father and husband who loves their family.

For you know that we dealt with each of you as a father deals with his own children, encouraging, comforting and urging you to live lives worthy of God, who calls you into his kingdom and glory. – 1 Thessalonians 2:11-12

Husbands, love your wives, just as Christ loved the church and gave himself up for her. – Ephesians 5:25

In the 1 Thessalonians passage, Paul is reminding the church in Thessalonica how he lived among them in the past when he brought the gospel to them. He said he behaved with them like a father to his children. We see here in this passage then that a father is to encourage and comfort his kids, and then ultimately urge them to live lives worthy of God for His glory in the nations. How many men are this? How many Christian men are this? It’s easy to control, condemn, berate. We are called to encourage, comfort, and urge to godly living.

In the Ephesians passage, you can’t be anymore clear. Christ gave Himself up for the church. We are to give ourselves up for our wives.

Men of God, live for Christ. Men of God, encourage, comfort, and urge your children into godly living for God’s glory amongst the nations. Men of God, love your wives and give your life up for her.

Stop the vicarious living through your children, stop seeing your wife as a ball and chain. You were called into something far greater.

Women of God, live for Christ. You are called to far more than being a wife or mom. You are called to be a disciple. Be patient with your husband, but don’t treat him like he’s stupid or incapable of being the husband and father God has called him to be.

I have been criticized at times for speaking up about this since I’m not currently a husband or father. I have tried to write with grace and humility, admitting that I myself am not where I should be in my love and treatment of Jamie.

But I know what Scripture says. And I will not back down from that.

Jack is a character worth emulating in his love and support of his wives and kids. But as Christian men we should be so much more, as we urge our kids and wives to make disciples of Christ.

I appreciate any and all feedback you can send me, and you can follow my blog below. If you enjoyed this blog, give it a share.

View all posts by nathanpatrickroachblog